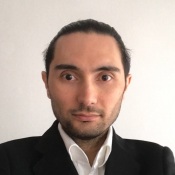 He is a French private investor who started investing on the markets in 2003. At that time already, he got familiar with some of the first biotech companies listed in Paris, among many other sectors. After a long pause away of the markets following the financial crisis, he decided to focus in biotech investing in 2014. Since 2018, he has worked to bring the Biotech Radar project live, from an initiative he started in early 2015. He then left his engineer position to jump into entrepreneurship and give a chance to his project: Biotellytics SASU, publisher of biotechradar.eu, was incepted in the summer of 2018. With a scientific background, he has been a semiconductor professional for 17 years, including more than 12 years as an IC design engineer in the largest European company in this field. He holds an M.Sc. in microelectronics and a Ph.D. in solid state physics (modeling). He is a multidisciplinary person, a self-learner and a science lover above everything.

error:
Manage Cookie Consent
To provide the best experiences, we use technologies like cookies to store and/or access device information. Consenting to these technologies will allow us to process data such as browsing behaviour or unique IDs on this site. Not consenting or withdrawing consent, may adversely affect certain features and functions.
Manage options Manage services Manage vendors Read more about these purposes
View preferences
{title} {title} {title}